Okay, internet people. If you know me, you knew this was coming. But for those of you who might NOT have been expecting this, let me explain.

When asked what my favorite movie is, there’s always a bit of a pause. I have to mull it over. But eventually, of course, I land on the confusing choice between Spiderman and X-Men, but it only takes watching the first movies in both franchises to settle the matter–Spiderman holds a special place in my heart. I love to laugh with the nerdy, sarcastic, and unlikely protagonist. I’m inspired by Uncle Ben’s speech about responsibility, charmed by Peter’s unrequited love for MJ, and on and on. I’ve seen those movies so many times that I could quote along in ways that would shame me if I wasn’t such a shameless nerd.

And so, it was with outrage that I first encountered the trailer for “The Amazing Spiderman.” “So soon?!” I hissed at the screen. They couldn’t remake my movie–they COULDN’T make a Spiderman movie without Tobey Maguire. It was impossible! And yet, here they were, waving this new story in my face, and using Emma Stone (a favorite actress of mine) to tempt me.

I was, of course, always going to see the movie, Emma Stone or no. The curiosity, perhaps even that same slight masochistic twist that sends me to the theaters to watch the movie versions of favorite books, won out. I found myself sitting there, popcorn in hand, trying to keep an open mind as the eerily similar opening credits began.

I’m probably biased. But I don’t think my bias is so blinding that my opinions become completely invalid. So if you’re still with me, here it comes. Brace yourselves.

My thesis statement, if you will, is this: this movie did not know whether it wanted to be a remake for a new generation or an all together new approach to translating the comic books to the big screen (free entirely from its predecessor) and that was its downfall. 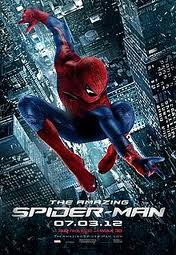 Let me explain. (And of course, it goes without saying that there are spoilers to follow, so don’t say I didn’t warn you). I sat down expecting to see the idea of Spiderman that I knew and loved (admittedly only slightly informed by the original comics) torn down and replaced with this skateboarding Twilight-inspired hairdo wielding version. Which would have been crushing, but I think Garfield and Stone together would have possessed the merits (and admittedly charming smile…) to win me over and admit that the film was, at least, not terrible.

But then, right from the start, I noticed something unsettling–they weren’t going to let me forget. The echoes of my beloved movie came at me time and time again, in weaker versions that seemed to only cry “Send me back where I belong!” Uncle Ben using the word “responsibility” without saying it came along with power, but throwing it out there right before his death just as the Uncle Ben before him had done. An attempt at a humorous first encounter with his newfound powers (the fight on the subway… remind anyone of a certain lovable nerd hitting a certain bully with a lunch tray on accident?). A vendetta against his uncle’s killer. A villain created at Oscorp as an attempt to save his job–and then ending up turning himself into a monster that, yes, has an inner fight with the strange new voice that’s born inside of him. Remind anyone of that mirror scene? I couldn’t help letting out an “Are you kidding me?” at that one. I could go on, but I think you get the point.

You might be thinking “Of course they’re similar! They’re based off the same comic books!” True. Very true. And some space must be made for that, certainly. But lines that are practically echoes of ones used in the first movie? Scenes that are so eerily similar I thought “Are they just doing a remake here?” That would be taking it a step too far, unless of course they WERE doing a remake. But a remake for an audience that largely still remembers seeing the first film–in theaters? Somehow, it seems unlkely.

The differences pained me, too. But I could have learned to appreciate them, had they been properly embraced. A darker, more angsty Spiderman who becomes obsessed with revenge before he becomes a hero? Not as lovable, but okay. Go for it. It’s probably more realistic. A closeted genius who creates his web, rather than having it originally gifted to him as a superpower? Okay, sure. And most of all… a love interest like this take on Gwen Stacy, who sticks up for herself, is in on the Spidey secret pretty early on, and takes a very active role in the villain’s demise, as opposed to needing to be rescued every five seconds? Oh HELL yes. 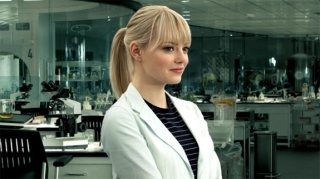 In fact, most of my joy in the film came from the Gwen Stacy character arc and brilliant performance by Emma Stone. While Andrew Garfield did a decent job for so young an actor, his performance was so erratic that it left me wondering “Who, exactly, IS this version of Spiderman?” I knew exactly what sort of person Gwen Stacey was supposed to be. I think we can blame the directors a bit for Garfield’s confusion–they didn’t seem to know what sort of Spiderman they wanted to create, either. The movie did some interesting new things, but it also took too much from the film it didn’t wait long enough to remake. If you’re going to do a straight remake, it’s best to wait until most of your audience has forgotten the original). Whereas, if you’re going to take a totally new direction with something that’s already been done in the cinematic world, you’d best grab hold of those differences and take them as far as you can possibly go–explore a new Spiderman, a new Aunt May and Uncle Ben, and for heaven’s sake, a more varied villain genesis (skip the “voices in head” bit, please and thank you–the character’s motivations were clear enough without it). 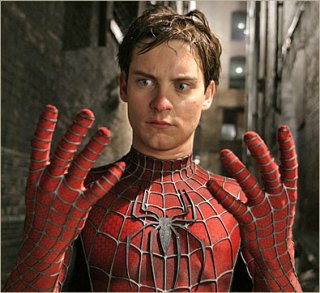 All in all, not a terrible movie. I wouldn’t say I wasted my money in going to see it. There was definitely some promise, and I’d probably go see a sequel (which I assume they’re planning) because I want to see where that potential goes. But I hope all those involved with the budding franchise get a better grip on what they want to do with it, or it’s going to keep falling into the trap of seeming like a weak echo of what’s come before (as so many movies do nowadays).