Hola, internet people. Here we are at last–part three of the Malaga Saga, otherwise known as Catastropic Airport Meltdown, 2012. But before we get to that, let’s talk about the good part of our last day in Malaga.

We woke up, checked out of our hostel and went off in search of lunch, finding a cute little cafe called Cafe con Libros (cafe with books). The waitress was adorable and told us that our Spanish was excellent (probably an over-kind statement on my part, but still). Properly bubbly after that, we walked around for a bit and then got some batidos (milkshakes) and sat by a fountain drinking them. From there we headed to the park, where we spent what may be considered an alarming amount of time observing the behavioral patterns of pigeons. Eventually we became convinced they were on to us and mounting an attack of some sort, so we headed off yet again in search of somewhere with public restrooms (which Europe as a general rule tends not to do). From there we did a lot more sitting, this time in the city centre, and then finally headed to the bus stop and the airport.

Things went smoothly at first. We got through security with no problems (I remembered to take off my watch this time, so no awkwardly intimate pat down for me) and had a nice relaxing meal in the sports bar place. It was only with 30 minutes to go before our gate was going to be announced that things went badly wrong.

I got out my cell phone and the card with the taxi company’s number on it. Typed it in and tried to call. My phone informed me it couldn’t make the call and to dial a certain number for help. I did. The message was entirely in Spanish. I had no idea what button to press or what to do. Emily went up to ask for a country code, figuring that was the problem. Tried that. It didn’t work. I was still relatively calm, but considering I’d had a cough for the last few days and was still smack dab in the middle of lady time, I was fading quickly. Emily went off in search of a pay phone to try that, leaving me feeling helpless and staring at the fading time before our gate popped up on the screen.

I don’t like being alone during a “crisis.” I can handle ANYTHING as long as there is someone else there with me. But my only travel companion being at a considerable distance was the final straw. Still no luck and the gate was announced, so I flew down the airport towards her, our backpacks swinging off my back in what I’m sure was quite a sight. She, quite reasonably I suppose, told me to calm down. And that was when the meltdown began.

I was trying to hold back tears but I was having nightmarish visions of the end of all things, because nothing could be worse than getting to East Midlands with no way to get back to the manor. Clearly, it was life or death. I started trying to phone home, figuring that my mom and dad could call a cab for us. My mother didn’t answer her phone. I tried to do math to figure out what time it was, which really only stressed me out further. I called her work, completely forgetting it was Sunday. At long last I got hold of my dad, but instead of being calm about that I burst into tears the moment I started trying to explain the situation to him, which resulted in the nice British couple in line in front of me asking me if I needed help. That, of course, only made me cry harder. Eventually I managed to communicate what I needed from my dad and he assured me he’d take care of it.

Unfortunately, I was too far gone. I spent most of the flight home fighting back tears. I tried to watch Juno (the only movie I have on my mp3 player) to calm myself down but then I just started crying because there is no Paulie Bleeker in my life and that felt exceptionally tragic (minus the whole getting pregnant thing. That wouldn’t be fun). Per usual, one minor thing set me off down the spiral of infinite depression that inevitably ends with the sad image of me never finding someone.

Upon arriving at the airport I received a text from my dad saying he had spoken to a Gordon Kingsley and that it was “taken care of”. For those of you who don’t know, Gordon Kingsley is the PRESIDENT OF HARLAXTON COLLEGE. I was so embarrassed that he of all people was who my dad had managed to get in contact with, although very grateful nonetheless.

However my dad did NOT know WHAT Dr. Kingsley had sent for us. I had nightmarish visions of helicopters being called in, or being picked up by one of our professors. But what actually happened was that we stood around being confused for a while and I panicked a lot because neither of my ears had popped and I was mildly deaf and by that point also a little bit nauseated. I tried calling the school, but from what I could gather with my limited hearing, the guy who answered the phone didn’t know anything. He said he’d call me. Eventually a guy walked up to me (by this point I was red as a tomato and sobbing uncontrollably) and said, “Amanda?” and then something about Dr. Kingsley (I think) and so we followed him out to a cab. 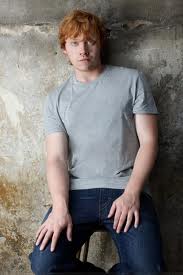 At last, we were on the way home. The terrifying, winding road way home. I spent most of the time fantasizing about someone waiting in the lobby to give me a much needed hug (for a great deal of this fantasy I imagined that Rupert Grint was mysteriously at our college for reasons that didn’t need to be explained because he hugged me and all was right with the world). However, I couldn’t clam myself down, no matter how much I concentrated on my favorite ginger. My head felt full of pressure and I had stressed myself out to the point where the car ride was making me feel so sick I considered asking the cab driver to pull over.

But at long last, we arrived at Harlaxton Manor. I have never been so happy to see that gorgeous building, and it’s a freaking manor house, for heaven sakes. We paid the cab driver and I waddled deafly inside, only to be stopped by the man who’d answered the phone when I call, who said something about my number not working and made me “listen” to what happened we he dialed it until he finally seemed to notice the fact that I was desperately trying not to completely break down and let me leave.

At that point I got back, changed into my pajamas, chugged a Coke Zero and took an ibuprofen, and threw myself into bed to get a few hours of sleep and try to regain relative sanity for class the next morning.

I would now like to stress that, while I am still under the weather, I’m doing much better. While sometimes I still feel bitter that no one thought to call Rupert Grint and have him waiting hear to hug me upon my return, I mostly just feel as I always do after a catastrophic meltdown–a bit confused about what I got so worked up about in the first place. I mean, not having a cab would have sucked. But it was hardly a life and death situation. More like than not, I was just overly stressed and needed a good reason to go nuts for a little while. Hopefully, that will be the last meltdown this semester–I’ve definitely filled my quota. (Although I’m not saying no to that hug. I’ll take that ANY day.)

Hello internet people! Some of you are aware that I am an official Harlaxton blogger this semester. As it just so happens, this week’s post is mine–so the comprehensive, witty, and scholarly detail of my trip to Dublin will be appearing there on Thursday. To tide me over, though, I figured I’d give the detailed, rambling, probably sarcastic account of my days in Dublin over the course of the next three days. We spent three days there, I’ll spend three days telling the tale. Seems fair. 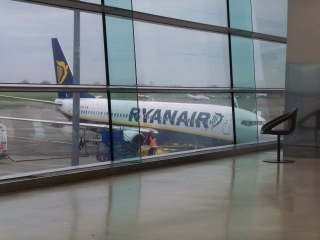 To begin, I have now flown (and survived) three times. I’ve discovered I quite like take-off but I still hate landing. I’ve also discovered that for five girls of 20 (and my 19) years, we are pretty amazing at planning travel. We managed to choose a nice, no frills airline (by name of Ryanair, I recommend it), book a really nice hostel, get ourselves to and from the airport using public transport (trains and buses), and find said hostel upon arrival without incident.

We bravely navigated the city streets, including the slightly shady area about which locals made a hilarious face, and found ourselves in a nice, clean facility by the name of Mount Eccles Court. I recommend it if you ever stay in Dublin, because even though the streets nearby are shady, the hostel itself is secure, clean, has friendly service, and is excellently priced. Additionally, the receptionist the first night was both attractive and helpful in recommending where we should eat dinner–both glorious things for tired girls who’d been traveling all day.

Dinner, at the recommendation of said attractive reception-guy, was at a nice pub called The Oval, where we sat down to a nice meal served to us by, you guessed it, ANOTHER ATTRACTIVE IRISH GUY. He was every bit as friendly as our receptionist and spent a lot of the time chatting to us about life in America and being generally friendly and glorious. You know, the way men ought to behave in the presence of lovely young ladies. After so much attention, I am now convinced my singleness does not in fact result from some horrible fatal flaw in myself, because clearly I am not terrifyingly unapproachable as I previously feared, and I have just enough confidence to skip happily past Valentine’s Day without a hitch. Ireland–it’s the secret cure for your lonely heart. 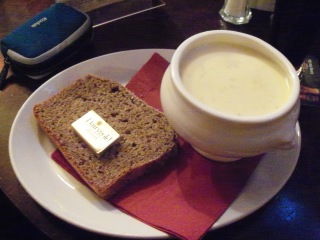 Anyway, returning to what actually matters, I had seafood chowder and brown bread; both delicious. Also downed my first half-pint of Guinness, of which I wasn’t a huge fan. Lesley and Gina had some delicious pear cider, and Shannon had a lighter beer, all of which I naturally tasted. The amount of calories in said meal were probably alarming, but it was a CELEBRATION as it was Lesley’s birthday. She even had the luxury of finding a squid in her seafood chowder, which she dubbed her “birthday squid.” Our waiter informed us that Ireland is the “friendliest country,” and I have to say my experience has led me to agree with him in at least so far as to call Dublin the “friendliest city,” because every shop or restaurant you went in to, you were likely to have a nice conversation with the owner or employee.

All in all a glorious first night, as we trudged back to our hostel for a bit of relaxation and then collapsed happily into bed for the evening, refreshing ourselves for the next day’s adventure, about which you will learn TOMORROW.

Join 1,578 other followers
Follow Your Book Friend on WordPress.com